In: Thailand
With: 0 Comments

Where are the floating markets? Why visit them?

To understand why visit them? you need to know first what are they and the importance of those markets in the thai culture. Most of thai villages were built both sides of the rivers so the rivers gained importance in transportation and economic activity. Afterwards, roads and railways were built and the people started to move more by land and less by water.

Nowadays it is just an interesting tourist attraction to visit if you’ve never seen any of them. There’re several markets close to Bangkok, amongst them:

Three of them are located in the province Samut Songkhram. Here there is also another well-known and curious market: Mae Klong. It’s a market over railways tracks. 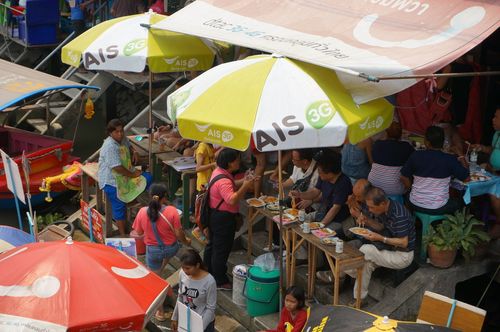 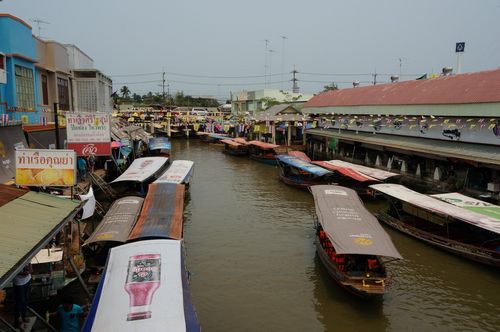 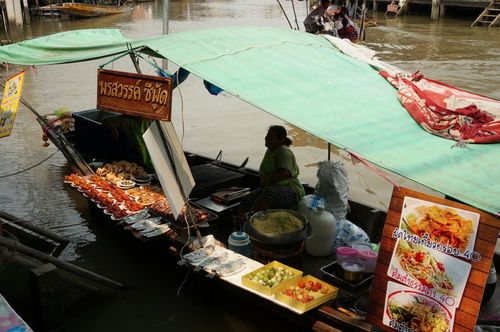 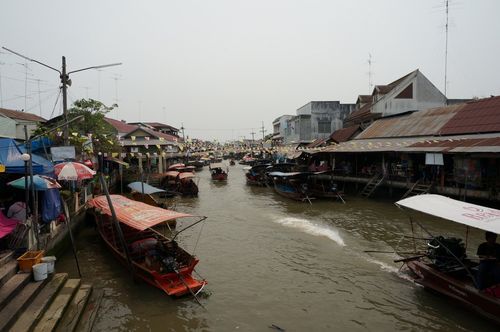 When to go to the floating markets?

The weather is the same as Bangkok. The raining time goes from May to October, between November and February the climate is cooler and the warmest months are March, April and May.  From November to February is high season.

You keep in mind that most of the markets open only on weekends, check the timetable before going.

Things to do in the floating markets

Well, what you do in any market: eating, walking along the stalls and bargaining for a souvenir.

If you visit the Amphawa floating market maybe you have time to visit the Wat Amphawan Chetiyaram or the King Rama II Memorial Park (also called Phuttha Loet La or King Buddhalertla Naphalai Memorial Park). You can check the location on my map.

Very close to this market is the other one over the railway tracks: Mae Klong. It’s right before the last train stop. Its attractive is to see how the people pick up the stalls before the train arrives. You need to check if the train runs on those dates and what time it arrives (you can ask for the information in your hotel or in the bus station before going there). Since the market is the last train stop you’ll see ‘the show’ twice, arriving and leaving station.

If you’re going to overnight in Amphawa there is another interesting thing to do: getting on a boat along the river to see the dance of the fireflies (more numerous during the wet season). 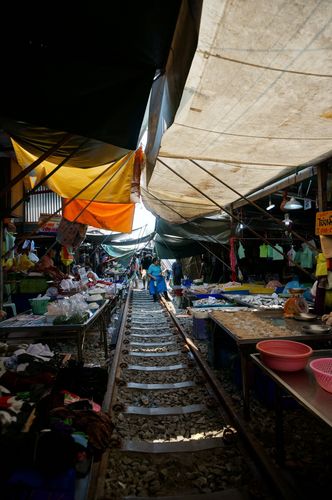 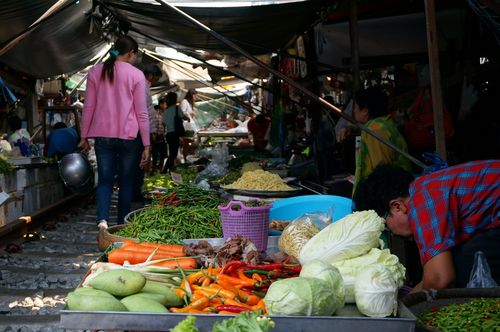 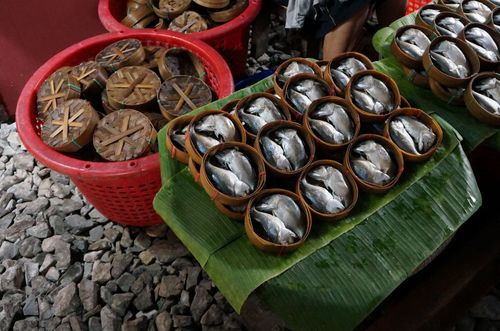 The best place to stay is in Bangkok, from there you can visit several markets in a day trip. Also you can sleep in Amphawa. We stayed in Wendy House. The hotel is located in Bangkok, close to Siam Square. It was a good choice because the public transport is near and the street is quiet.

How to get there?

First, you need to know that since 25th October 2016 the van service which departs from Victory Monument has been removed. From that place, transport to the markets departed. This van stop has been relocated to 3 different bus stations: Mo Chit, Ekkamai and Sai Tai mai.

In the next map you can see all the locations of the markets mentioned, the transport to go to Mae Klong and Amphawa and two interesting places close to the last market.

March/April 2016
We visited first the Mae Klong market. Around there there is another covered market, where the vans from Bangkok left us. When we approached the stalls a mix of smells invaded our noses: dried or fermented fish, spices, food… some aromas were nice and some others not so much.

The dates we were there the train didn’t run because of maintenance works, but it seems now is working again according to what the opinions on Tripadvisor say. Must be appealing seeing how the train goes very close to the stalls and the people remove their products in a one second. Our visit was quick because the train wasn’t going to arrive.

The next stop was Amphawa market. It was crowded, at the beginning it was stifling but bit a bit people were leaving. Maybe it was peak hour. We ate some food in several places and all was good except for some raw prawns.

In short, the excursion was quite nice and interesting although, if there is one, I would go to other more authentic floating market.

Any contribution or question is welcome, please write a comment!

This site uses Akismet to reduce spam. Learn how your comment data is processed.